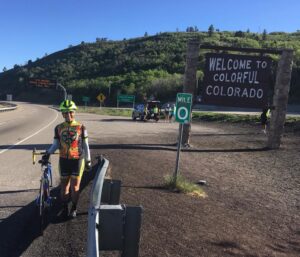 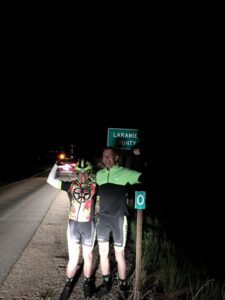 The record that was attempted was a cross Colorado state record from the southern border between New Mexico and Colorado the northern border between Colorado and Wyoming traveling south to north. Riders were Jerry Schemmel and Julie Lyons. Starting date and time were 07:53 am on May 31, 2018 from the top of Raton Pass and finishing at 00:09 am on June 1, 2018 at the Colorado/Wyoming border located south of Cheyenne. Start location was at the zero mile marker located just under the Welcome to Colorado sign on the east side of I25. Conditions were mostly pleasant with heat peaking in the low 90’s with a significant wind starting in Colorado Springs and changing directions many times over through the course of the ride. This is the first attempted record out of what we hope will be four records this summer. Both riders interchanged bikes depending on the terrain between road and time trial style bikes. The riders rode in 5-10 mile increments depending on the terrain and weather. We used two support vehicles, one for each rider which carried our crew, safety gear, food, fluids, spare bicycle parts and other assorted gear. Each rider packed a cooler with food and drink for our respective crew. The hardest part of the ride was the climb over Monument Hill which happened in the hottest part of the day as well as the unending traffic and congestion we found in Colorado Springs as well as in Denver. The best part was riding on the country roads in northern Colorado which were for the most part, devoid of traffic. Our finishing location was at the Colorado – Wyoming border in horrific wind at exactly 00:09 on June 1, 2018. It was an enjoyable ride and one that has a bit of everything in terms of terrain, weather, traffic, flats, and descents. 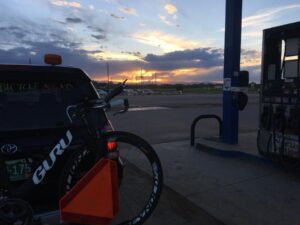 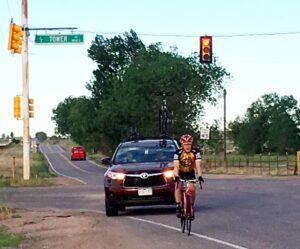 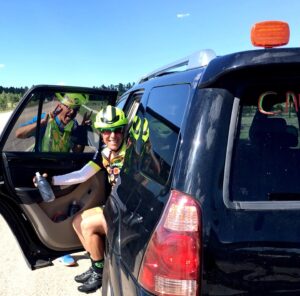 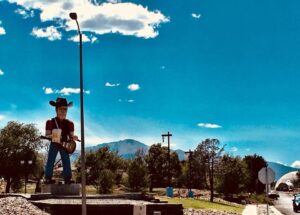 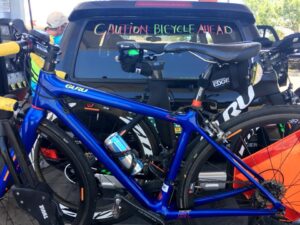 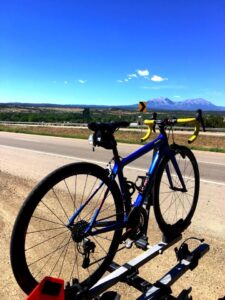 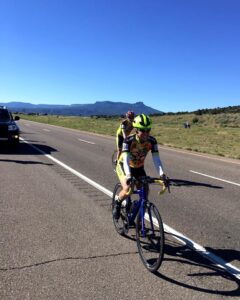