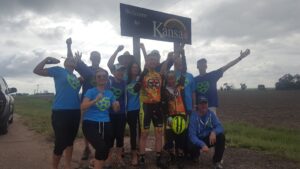 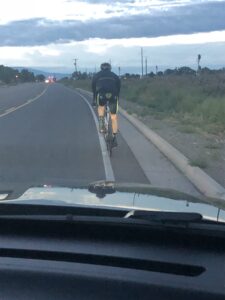 This record attempt was the fourth in a series of four cross – colorado attempts.
This final one being the West to East Crossing ridden by Jerry Schemmel and Julie
Lyons . The starting point was at the Colorado/Utah state line on Hwy 50 west of
Fruita, Colorado. It is impossible to miss the line thanks to a brightly hand
painted piece of wood nailed to a post stating UTAH! Stuck right in the middle of
nowhere. We started on September 6, 2018 at 5:30 am and rode non-stop relay
fashion with pulls averaging about 5 miles each. We finished at the Colorado
Kansas state line on September 7, 2018 at 9:48 am for a total ride time of 28
hours and 18 min. The Colorado/Kansas state line is clearly marked on Hwy 50
outside of Holly, Colorado just past a big rest area proudly displaying both the
welcome to Kansas sign as well as Welcome to Colorful Colorado on the North
side of the hwy.
We were excited to finish four attempts with this final run all in hopes of
completing both a personal challenge but also to do fundraising for a local
Colorado charity – The Race to Read literacy program sponsored by Bandimere
Speedway. We had a crew of 10 plus 2 certified WUCA officials. We utilized two
follow vehicles for the racers and one RV that housed the crew. We rode non-stop
with the exception of 2 x 45min sleep breaks. The first break was just prior to
Gunnison, Colorado, the second break was east of Pueblo, Colorado near Fowler.
We kept one rider on the road the entire time while the other was sleeping. Food
was supplied for the crew and the racers provided their own race nutrition. Our
weather was cold and wet! Although we were lucky enough to be behind the
storms, we were generally on very soaked roads with lots of splashbacks by
passing trucks and vehicles. Temperatures were mostly in the mid-50’s.
Hardest part was Monarch Pass climb and the best part was finishing in a timely
manner and setting four records in one summer!
Respectfully Submitted by Julie Lyons, September 10, 2018 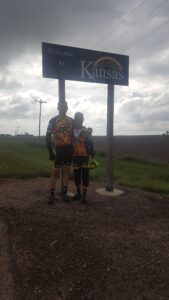 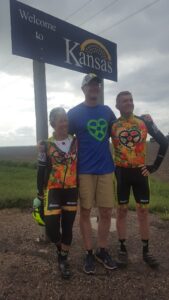 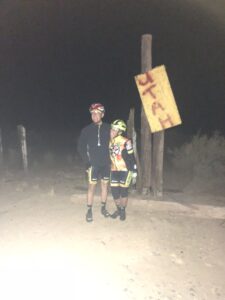 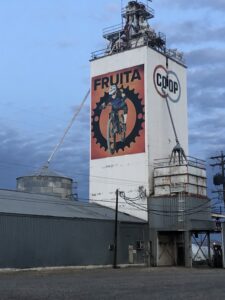