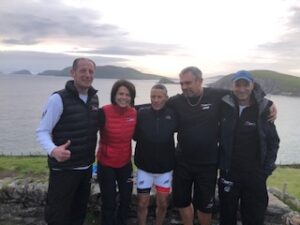 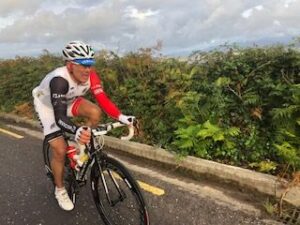 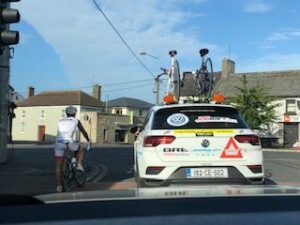 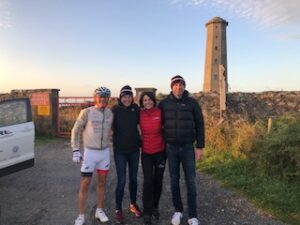 Here is his ride report for the great adventure:

On Sunday September 1st 2019 at 7.00am I started the East to West of Ireland point to point record. Directly below the Wicklow Head Lighthouse on the East coast of Ireland. It was a dry but cold morning light wind which was forecast to get very strong as the morning progressed and it did, almost 200miles of direct headwind. The reason for this record was for two reasons, firstly to help promote the WUCA point to point records in Ireland and we choose to do this shorter one with  a view to the new riders seeing it as a distance they could challenge themselves on over the next year. And Secondly from a personal point of another WUCA race in Ireland for my team and the oppertunity to hold all the WUCA records in Ireland at the same time … a first ever I believe… I expect it will not be for long.

The two best parts was the beauty of the sunset on the west coast at the finish, it was fantastic and the number of people who came out to see me all along the route as we used a GPS tracking tool for everyone to follow. It really promoted the WUCA point to point records…We had over 48,000 people on social media platforms watch the team and I over the 14 hrs we were on the road. That has been followed up by a large number of National mainstreem media articles over the past week.

The most difficult part was the 200 mile headwind which as at 18 to 20 miles per hour.. However nothing unusual happened as we traveled on very traffic free small Irish roads, many with grass in the middle. We completed the ride in daylight however the weather had closed in and we used lights on the bike and the crew performed night rules of driving as a safety measure. We finished at 20.32pm at the public car park at Slea Head Co Kerry…Just a memorable day to close our 2019 season.