Congratulations to Peter Scherrer for breaking 6 and setting 4 new records in the the following category: Male, Solo, 60-69 age group on a Standard Bike

Look at what Peter accomplished in 1 say! – Way to go Peter! 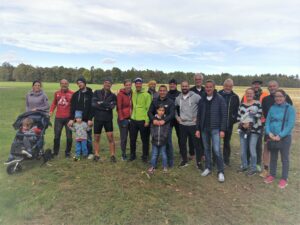 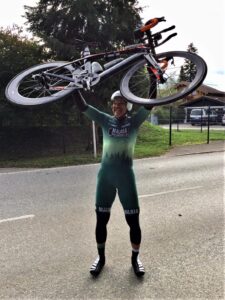 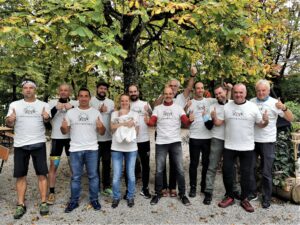 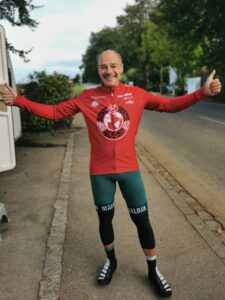 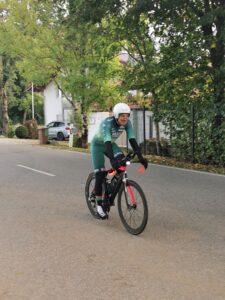 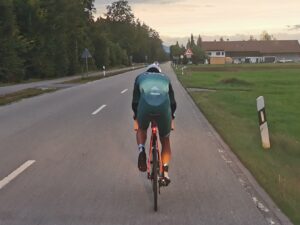 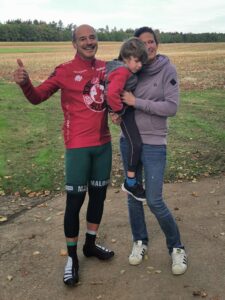 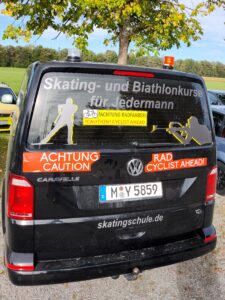 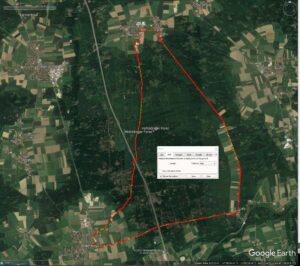 During the day I used a time trial bike made by the manufacturer Factor, model name Slick, and during the night I switched to a racer manufactured by Trek, model name Madone Project One 6.9   The time trial bike was equipped with a DI2 Shimano gear shifting system integrated in a speedshop51 aero extension and a SRM Powermeter Original Road crank with 52/36 chainrings.
The wheels were made by Lightweight, model name Autobahn with disc as rear wheel. Front and rear tires were 25mm Vittoria Corsa Speed. The Trek Madone racer had a SRAM Red gear shifting system with a Profile Designe aero extension and a SRM Powermeter SRAM crank with 50/34 chainrings. The wheels also came from Lightweight: As front wheel, a Meilenstein with a Continental Competition LTD tire and as rear wheel, an  Autobahn/Clincher with  a Michelin Power TT tire. As front light, I used a Lupine SL A with a SmartCore Akku 13,8 Ah to last out the whole night. A Sigma Sport Blaze USB brake light and a Busch&Müller IXXI served as rear lights. My head was protected with an aero helmet by Poc and I wore shoes by Lake, Model cx403.

A Garmin Edge 830 for data recording was backed by a USB-Powerbank, to provide enough energy for 24 hours. In addition a Garmin Edge 1030 was used as a backup which was carried along in the follower vehicle.

Every two laps I got a Fresubin 2 Kcal drink, GS Food Hi End Energizer and Powergel Hydro by PowerBar from my crew members.

There were two reasons for my record attempt. On the one hand, there were no Ultra Road Races this year because of Covid 19 and, on the other hand, it might be the capstone of the season after 6 months of workouts on the race bike. Since I work as a fundraiser for the society radelnundhelfen.de, we simultaneously ran a donation campaign and tried to collect as much money as possible for a 5 year old handicapped boy with the name Basti. Until now we accomplished collecting 4000 € with this action. Beyond that I was pretty sure to break the existing records as I covered already 689 km (428,125 miles) within 24 hours in Borrego Springs last year.

The loop was 23,7 km (14,7265 mi) in length and actually was not ideal with an elevation difference of 85m/lap but on the other hand it was close to my residence. Therefore I knew the track very well from my workouts and was hoping for good conditions. Unfortunately the weather forecast for the targeted day was very bad, with much wind, cold and rain. On top of this, the track was scheduled to be closed on October 3rd for the period of one hour, which would make a realization of my goal on October 3rd impossible.

In a rush, we decided to start with the record attempt already on October 2nd at 9 a.m. to avoid the cold and wet weather and the closure of the road. This turned out to be a smart decision. The race itself was very comfortable during the first 9 hours despite a short rain shower at the beginning. The support during the day by a cycling crew member was perfect, the traffic was low, only the increasing headwind drained me of strength. Nevertheless we broke the 6 hours record by 25,1 km (15,5964 mi) and set a new one with 222 km (137,9444 mi).

The following long ride through the night was significantly more strenuous despite mild temperatures. Every two loops I had to stop for provision at the support station at the start and also had to visit the men’s room occasionally. Both took a lot of time again and again. Despite these breaks, based on the number of kilometers ridden and the average time, everything was fine. With the increasing duration of the race I had increasing issues to maintain the aerodynamic position on the Trek Madone, an attempt to switch over to the time trial bike failed, too. Thus the average speed decreased from lap to lap. Nevertheless in the meantime we had broken the 12 hour road record and set a new one with 411 km (255,3836 mi) and in total I had 734,1 km (456,1486 mi) with an average speed of 32,6 km/h to my name despite the headwinds and many breaks.

The best parts of the race were undoubtedly the first 6 hours with an average speed of over 36,8 km/h as well as reaching the finish. This was a very emotional moment with the many crew members and fans, as I was able to break all the targeted records during my attempt.

At this place I want to thank my family and all my supporters, because this had not been possible without them.