WUCA has certified 4 new road records in the 60-69 Male Standard Bicycle classification for Paolo Della Sala. Congratulations. Those records are:

Here are some pictures of his record attempts: 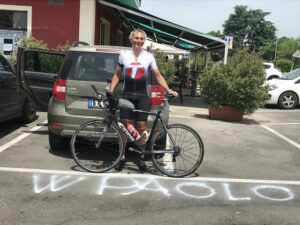 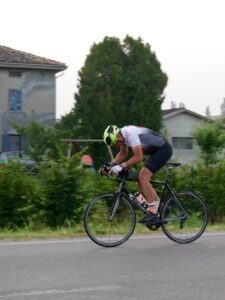 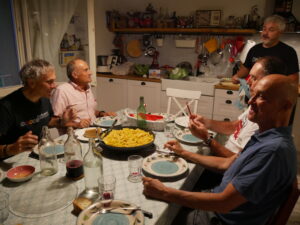 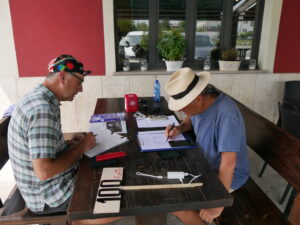 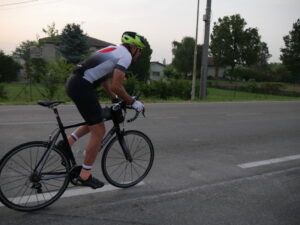 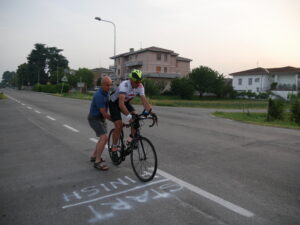 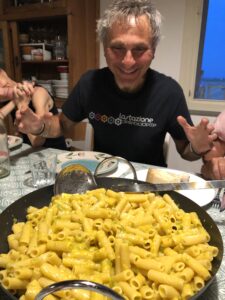 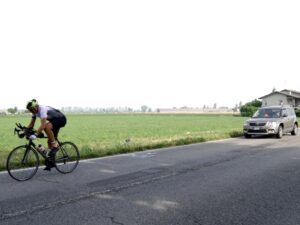 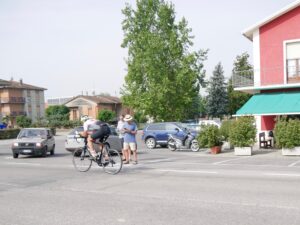 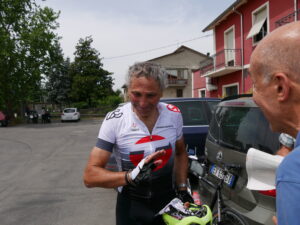 Condition: Excellent visibility, sunny, temperature from 16/18° till 32/33° (Celsius); wind: weak at the beginning from SSWISW reinforcing after three hours and half from W. The wind at the beginning was not disturbing the attempt and the parts where it was blowing opposite were compensated in some other parts. Then it went worst and I decided to concentrate all the efforts to do my best in the shorter distances, in the 6 hours and in the 200km attempt, renouncing the longer distance (particularly the 12 hours attempt). I think it has been a wise decision and I have realized my best performance over the 100 km at 34.43 Km/h average speed.

Why did I decide to do a record? I have begun to think about the record attempt last year, in January, when I entered in my sixties. I am quite used to long distances (I have completed, among others, the Paris Brest Paris, the London Edinbourgh London, the 1001 Miles, and a lot of 200, 300, 400 and 600 Km). Getting older I have dreamed about something ‘special’. So I decided to see if I could try the record. On September 15th (2018) I partecipated to the 12 hours Cycling Marathon in the famous Monza ‘Formula 1’ autodrome, just to look if I could aim to my goal. I terminated the race with 417km and 95meters (12hours and 22 minutes), 1st in my cathegory and 14th overall. So I have said myself ‘why not?’.

The bike: I normally use a steel bike because I like the charateristics of steel frames (that I consider ideal for long distances). But to attempt a record is a more complicated problem and I realized that a Carbon frame would have fit better. The Italian bicycle producer Cinelli (where I bought my favourite Inox steel bicycle, the XCR frame) decided to help me and has lend me a beautiful Cinelli ‘Stratofaster’, a high level bike, particularly adapted in ‘Criterium’ races. So in the last two months I have trained over it, to make me comfortable with my new ‘companion’. The principal difficulty has been to pedal with a greater crankset (52/36 instead of 50/34) and to find the correct relation among my strenght and the correct crown in the sprocket set. During the attempt | pedaled the most with a 15/52 and with the wind opposite with a 17152.

Eat and drink: I ate some little sandwiches with ham or with jam, some gel, dried fruit, bananas and the fantastic italian chees ‘Parmigiano Reggiano‘ which does not contain

lactose and has a high content of mineral salts. I drunk just plain water or plain water with lemon juice, sugar and a bit of salt added.

The best part. I think the best part has been to share this experience with a fantastic group: Paolo Tagliacarne and Maurizio Giola, my wife Barbara, my friends Paolo Boffa, Gianni Gambaro and Aldo De Giuli. Their friendship and love has been an incredible reason of happyness because at the end, life is condivison. A lot of people has encouraged and helped me, particularly Francesca Luzzana, from Cinelli, and my friends Fritz Rossi Galante and Fabio Tucci. During the race I have had some magic moments: among others l choose when I have understood I would have passed the 100Km point in less than 3 hours and when I overcame the 100 miles previous record.