Congratulations to Ralph Diseviscourt for breaking 10 existing records from 100km all the way to 24 hours. Here they are all.

This was an amazing feat. Ralph average 287 watts of power for 24 hours with an avg HR of only 122bpm. Just incredible 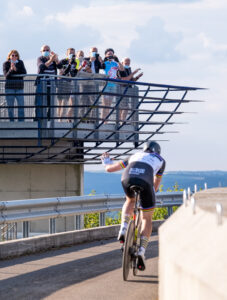 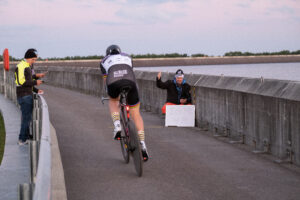 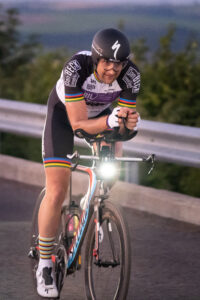 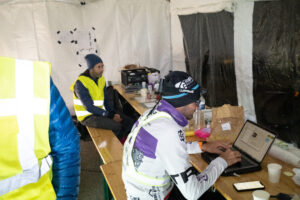 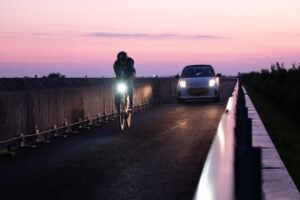 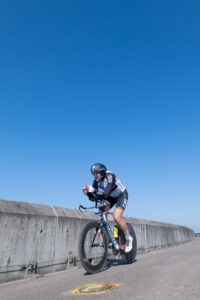 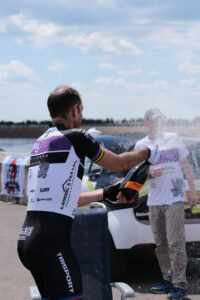 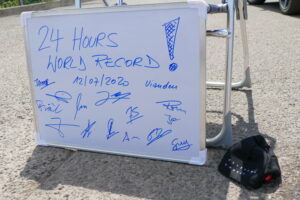 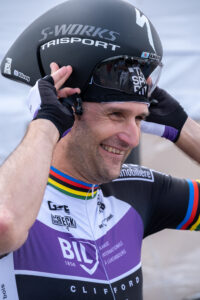 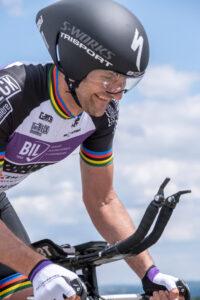 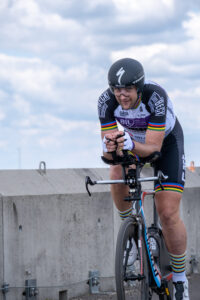 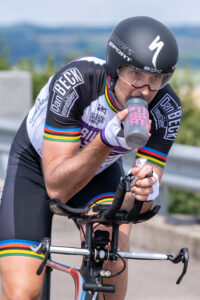 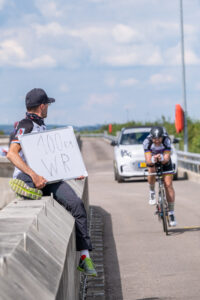 The rider’s summary should be sent promptly and must be submitted within 14 days of the completion of the record attempt. So that the report can be posted at ultracycling.com, please e-mail the report and digital photos of the start, the attempt and the finish to the Records Chairman.

The start and finish area was located on the road going around the upper water reservoir just next to the causeway in the middle of the lake (right hand side).

The weather conditions were quite good : sunny with only a few clouds, around 20 degrees Celsius and very little wind during the day. The track is located at 510 meters above sea level and very exposed to winds from all directions. Things changed however during the night where temperatures dropped to 6-7 degrees (below average for this time of the year) and the wind became stronger. On Sunday morning conditions improved again with rising temperatures and less wind. The daylight in our region during this time of the year is roughly from 5am till 10pm (close to the maximum).

With most ultra-cycling races canceled around the world for obvious reasons so far in 2020 (I was supposed to do Red Bull Tran Siberian Extreme now – June/July), I was looking for a new challenge as I managed to keep a decent level of fitness over the last months. Of course I also heard about Christoph Strasser’s project to break the magic 1,000km barrier in 24 hours later this year (now postponed to 2021 as far as I know). Less than 2 month ago after having done some longer training rides on my TT bike (200-300km at average speeds of 36-39km/h on hilly terrain) without any particular target in mind, I started looking at the existing 24hrs records numbers and under which conditions they have been achieved by reading the reports. I said to myself: you can’t know if you don’t try! That’s how the idea developed over time; I started thinking about the right location, preferably in my home region, the North of Luxembourg, a very hilly region in a splendid nature, not really the ideal place for a 24hrs record attempt. I wanted to stay close to my home, to my local fans, especially during these difficult Covid times. I managed to quickly find an agreement with the owner of a suitable track I had in mind, the Société Electrique de l’Our which gave me their full support for this crazy project. I had no idea how far I could go, or if I could manage to break the record(s), as I have never done a similar effort in the past. Yes, I’m used to do ultra-cycling races over several days like Race Around Austria, Race Across France, Race Across America or many others. But a 24 hour TT is definitely a different kind of effort, much more intense of course where you have to give all the energy you have in your body and even more than that if you want to succeed.

I used my good “old” Specialized Shiv Tria bike dating from 2015, equipped with Shimano DA, Zipp disk wheel at the rear and 808 at the front with Specialized Turbo Cotton clincher tires, and Cobb Randee saddle. Specialized shoes and aero helmet provided by my local bike shop (sponsor) Trisport, as well as Ceramic Speed components (on the rear derailleur and chain). I had no mechanical issue at all during the whole attempt!

A detailed plan has been elaborated by the Luxembourg Institute for High Performance in Sports LIHPS based on the results received during the tests conducted 2 weeks prior to the attempt. Nutrition was 99% based on liquids (selection of isotonic drinks, protein shakes, etc.) and gels. I had to stop 5 times for 2 to 2.5 minutes (around 12 minutes in total) to relieve myself giving me also time to eat a banana or a half.

The arrival was very emotional as I managed to break all the targeted records during my attempt. My wife and my 2 daughters were waiting for me, so I couldn’t retain the tears when falling into their arms after 24 hours of intense effort. During the last 4 hours I had to increase the rhythm again after having passed a difficult nightshift. Only around 15 minutes prior the end, it was clear for me that I could beat Christoph’s mark from Borrego Springs.

Another magic moment was on Saturday evening when 4 or 5 hot-air balloons passed only a few meters above the track just for me, as a surprise. The scenery was just amazing!

Not to forget the numerous spectators that cheered me on from the observation platform during the 24 hours, even during the night! Unfortunately, given de current circumstances, we had to manage the flow of spectators to the platform and limit their time spent up there. For security reasons, it was not possible to allow people to come closely to the very narrow track.

I have spent a couple of really difficult hours during the night when temperatures dropped taking lots of energy out of my body. It was very hard to “restart” the engine in the early morning hours in order to keep the advantage over the previous record(s).

I can’t say that anything unusual happened, except may be the level of attention we received in the national and internationals medias before, during and after the event! I had the impression that the whole nation was behind me helping to push the pedals during the 24 hours. It was just unbelievable!

Same as the start location described above.

* I know and I accept of course the rules (i.e. blue line to be drawn by keeping permanently a 1 foot distance from the border), but I underestimated the difference of the official covered distance to be retained versus the effective (realistic) covered distance given the particularity of this track. As you can see on the pictures, it’s not safe – if not to say not possible – to ride within a 1 foot distance from the ongoing wall, neither when going straight ahead nor in the numerous turns. I “lost” around 50 meters per lap, i.e. more than 10km in total as my Garmin numbers finally showed 927.82km. Just to say that each track is different, and may be some flexibility is needed in the rules framework to take this into account?