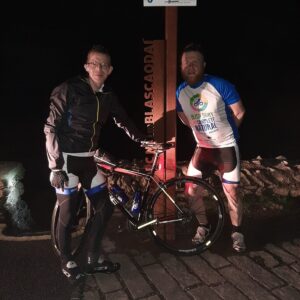 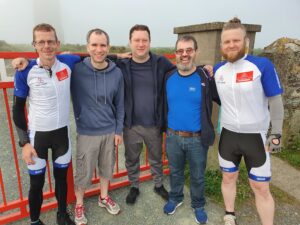 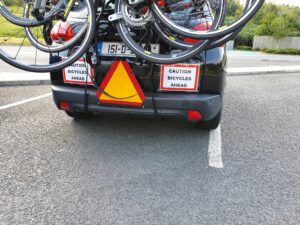 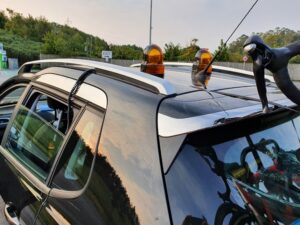 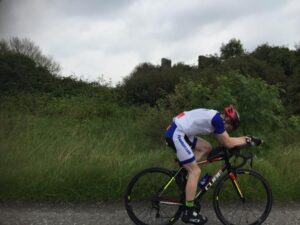 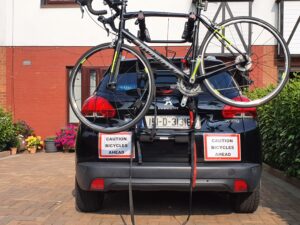 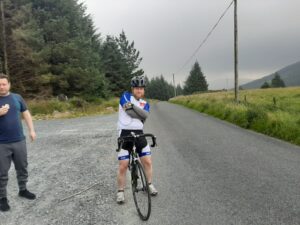 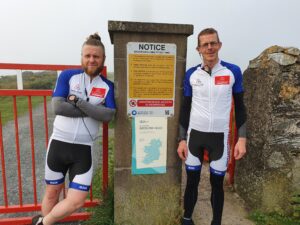 Race Conditions :  We had a lot of luck on our side with relation to the weather conditions,  the weekend of our attempt was sandwiched between two dreadful weekends with heavy rain and strong wind. Our day was warm but had plenty of cloud cover, I think we experienced 5 minutes of rain the whole day and even that was more like a gentle mist, almost refreshing. Strong headwinds turned to mild headwinds earlier in the week but the day before switched again to manageable crosswinds.  We all agreed we couldn’t have asked for a better day for our attempt.

Why this attempt ?  This was Andrew’s first outing with this type of racing and he wanted to challenge himself, invest in his training and see just what he could do against a tough route and the clock.  Myself, Cian and Niall have competed in these types of races before but never against the clock , we learn more and more each race and there was a record there to be had if we played our cards right and completed the course.

One of the other motivations for attempting this record was to help (in a small way ) to build up the sport. It’s something that can be done on a modest budget and as a team as well as a solo rider.  There are so many types of events available that it’s a pity not to give them a go.

Equipment : ( see attached full kit list )  We didn’t use anything special for our record attempt,  standard road bikes, one with clip on aero bars and one without. We had a Specialized Allez and Cube Pelaton, both Aluminium, carbon forks. One ran a Tiagra drive train and the other a 105. Both used Aluminium wheels.

Food & Drink :  We used 3 in 1 mix for all our fluids bar the occasional water.  Our food was a bit more varied and we went with porridge pots, homemade oat bars, sandwiches and pasta. We took Cliff bars and Cliff blox out with us on the bike in case it was needed but generally we ate in the car in between rides.

Best part : I say it every time we do something like this but it was true for me again, the best part of races like this is the buzz within the team.  It’s great to be part of this group, each adding something to the mix with one goal to reach.  Another highlight of the day was Andrew powering ahead on one of his last stints, pure determination. We were looking at him on the bike and the speedometer in the car asking each other where is he getting this from ?

Worst Part :  I think the whole team will agree the worst part of the day was watching our hard work in the first section slip away due to a forced COVID detour,  we added unwanted km’s and climbs to our route but that is part and parcel of these races.  However, I would like to take this opportunity to thank Niall and Cian as they had the job to find us a way back to our planned route and that wasn’t an easy task. Thank you.