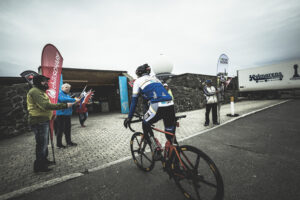 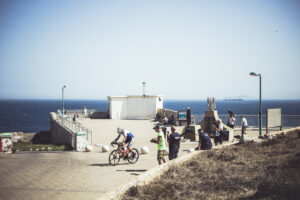 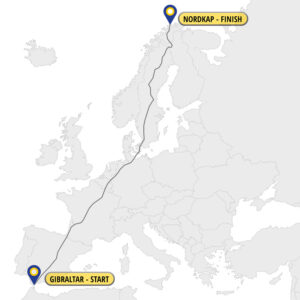 Exact start location described so that someone else could find the same spot.

2/3 of the race we had south winds

Because I already did: in the US, Asia (Russia), Australia – each from coast to coast,

therefore I wanted to cycle Europe, as fast as I could.

What equipment did you use? Anything special?

I did not use anything special. I rode 2 KTM street bikes.

I used the same bikes I did in all other long distance races, complying with

What did you eat & drink?

I only ate Ensure+® and I drank carbon-hydrated drinks,

I ate a few portions of pasta and a few cookies

The part in Germany, because it was very flat and I had a lot of tailwind

The last and 3rd part of the race, because it was very hilly, low temperatures,

A car crashed into our pace car which crashed in to me and overrun my bike, I crashed against the windshield.

Exact finish location described so that someone else could find the same spot.