Congratulation to Stanislav Verstovšek and his team for setting 11 WUCA World records in the following category: Solo, Male (18-49), Standard Bike

Look what he did: He broke 7 existing records (by 3 different people) and set 4 brand new ones! Fantastic accomplishment and now a higher mark to beat! 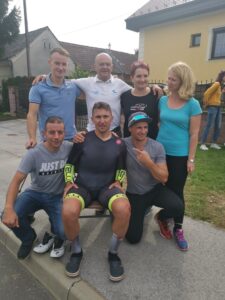 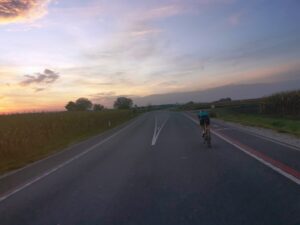 Conditions were almost optimal, daytime temperatures around 22 degrees Celsius and never below 13 degrees overnight, the wind blowing occasionally but never too disturbing. The maximum wind was up to 30 km per hour.

I wanted to achieve the record in the first place, as a personal victory and make my mark in the history of ultra cycling.

I put the emphasis on aerodynamics in the equipment, so I used a crown jersey (speedsuit) and an aero helmet and a Trek Speedconcept tt bike.

The best were the fans, as a special event I would mention crossing the deer road right in front of me at night.

The completion was on 3.10.2020 after 24 hours from the beginning of the experiment at the crossroads Turnišče – Renkovci – Dobrovnik in Renkovci as indicated in the appendix.