Congratulations to Simon Ruff for setting the Switzerland East West record in the following categories:

Simon eclipsed the 2016 record by : Philippe Kunzler from Lucern Switzerland who rode the route in 19 hours and 13 minutes. 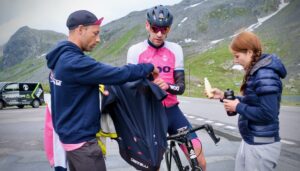 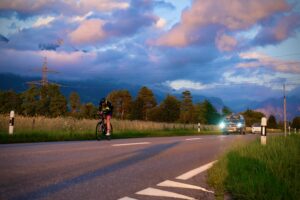 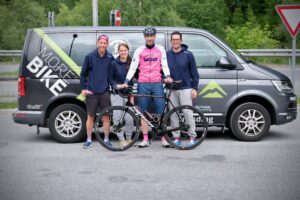 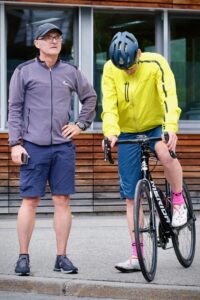 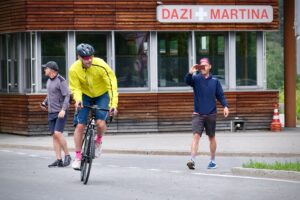 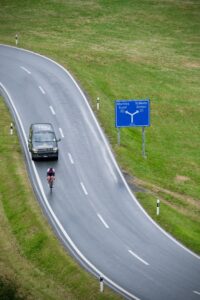 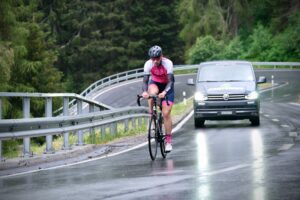 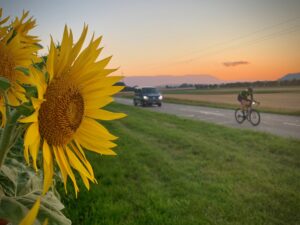 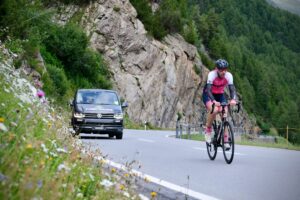 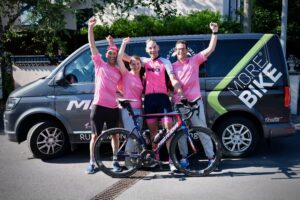 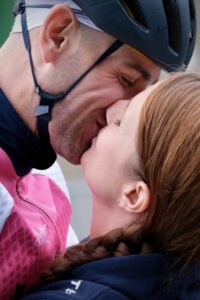 The weather forecast for the planned launch on 10 July 2020 was very bad with heavy thunderstorms and a passing cold front. Therefore, we decided to start 24 hours later on 11 July 2020 at 17:00 CET. At the start it was still raining a little bit. But very quickly the dark clouds cleared up and from then on I had wonderful weather for cycling. During the night the temperature was around 15 degrees celcius. On the whole distance a light tail wind helped me to get ahead.

Some years ago I read about the existing record in a magazine. Now, in times of Corona and the few competitions available, I thought it was the perfect time for such an attempt. I also hoped to get a little more attention from the press. What I finally also got.

I did the race with a Merida Reacto with aero handlebar attachment. Perfectly suitable, because the track has, except the climb of Fluela pass was  relatively flat.

I had a liquid diet for the whole of the almost 16 hours. I trust in a “local” Swiss product Woo Nutrition. I drank about 5dl of Woo Endurance per hour, plus 1 Woo Liquid per hour and 1 Woo shape every 2 hours. Further information about the products can be found at https://www.woo.ch/de/ .

The most beautiful part was just before dusk at Lake Walensee. Practically no traffic, perfect temperatures and a beautiful sunset. The hardest part was after about 300km, so I had to take a very short break of 3-5 minutes due to severe back pain and breathing problems. In the end I have to say that it was absolutely right that I took this time. Afterwards, I was able to increase the rhythm again and to improve the record time significantly.

After 15h 52m I reached the Border Station Geneva Chancy completely exhausted but very happy. Family, friends and press representative waited for me at the station. It was a great arrival.