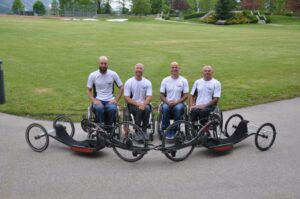 These 4 brave hand-cyclists attempted to cross from Perth to Sydney Australia on Oct 14 2019. The conditions were extreme and to make matters worse, they were prevented from going any farther east than 44km east of Wagga Wagga NSW, 370 Km short of their original goal. The police said it was dangerous and illegal for them to continue. Many attempts were made to allow them to pass, but the group and riders were threatened with jail if they continued. They covered the 3545 Km in 4 days and 20 hours 10 min for an average speed of 30.52 kph.

Even though they did not ride the entire distance this attempt is recognized by WUCA as the Australia W-E record for hand-cycles in the 19-49 age-group,  male 4-man team category. 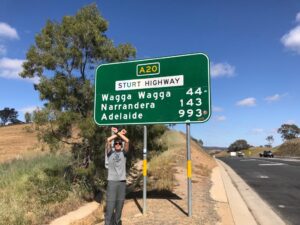 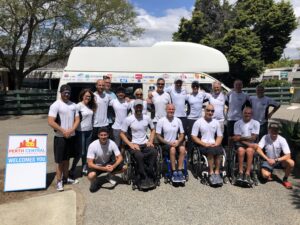